In the Houston area, nannies generally earn from $20 to $26+ per hour, however depending on the job requirements and nanny’s qualifications, the hourly rate could rise to $30 per hour particularly for competitive positions such as for part-time after school jobs.

When discussing salary, it is important that both parents and nannies clarify that they are communicating in gross wages, or earnings before taxes are taken out. Doing so helps to avoid misunderstandings with regards to salary expectations. Morningside Nannies always discusses wages in gross terms.

Nannies who hold special licenses or certifications typically out earn nannies who don’t. Licensed teachers, counselors or nurses, for example, can command a hire salary than those without those certifications.

When it comes to a nanny’s worth, the quality of her references can affect the salary she commands. A nanny who has worked three long-term jobs, each with stellar references is worth her weight in gold.

Nannies who develop a niche and have significant experience caring for children with special needs or multiples can also command higher wages than those who don’t when competing for a job that requires the candidate to have an area of expertise.

Since room and board is included in the compensation for live-in nannies, they earn slightly less than their live-out counterparts. On average, live-in nannies gross equal to or more per week than live-out nannies.

Household employees, including nannies, must be paid according to the Fair Labor Standards Act (FLSA). The FLSA dictates that families who hire a live-out nanny must pay her at least minimum wage for every hour worked and overtime for any hours worked over 40 in a 7-day workweek at the rate of at least 1.5 times her base hourly wage. While some states extended this requirement to live-in nannies, in Texas, live-in nannies are exempt from this overtime regulation.

To be compliant with the Fair Labor Standards Act, a nanny’s salary must be broken down into base and overtime wages.

If your nanny is on a salary, you are allowed to manage overtime in a different manner. Let’s say you both have agreed to a salary of $1000 for the 45-hour workweek. In this case, the contract should explicitly state that the regular rate of pay for the first 40 hours is $21.06/hour. The overtime rate for the remaining five hours per week is $31.59 per hour. Therefore, the total weekly salary is $1000. However, if the nanny works more than those five hours of overtime in a 7-day period, she must be compensated at the overtime rate for every hour worked.

While it may seem superfluous to split the salary into regular and overtime rates, it is an important protection. There have been many lawsuits around the country brought by former nannies claiming families did not pay overtime. Unless overtime is explicitly addressed in writing, the judge will almost always assume overtime was not paid and force the family to pay back overtime wages plus interest.

For those families, it’s a very costly situation. The good news is it can easily be avoided with a well-crafted written work agreement.

While nanny employers are not obligated to provide any benefits, employers who wish to attract topnotch candidates typically do.

Some families may also offer:

Many families also provide their nanny with an annual year end bonus.

Nannies are paid 52 weeks per year. If your nanny is available to work but you do not require her services, she should still be paid her normal wages. This is referred to as guaranteed wages or guaranteed hours. 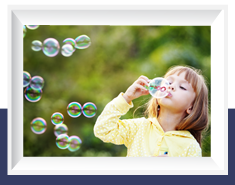