A Guide to Living in La Porte

The fourth-largest incorporated city in Harris county, La Porte is part of the Houston-Sugar Land-Baytown metropolitan Bay Area. United States Census Bureau 2010 results estimated the total population of La Porte to be 33,800. As an important part of the international trade route since the 1970’s, La Porte plays a major role in the Texas state economy and is also celebrated as the location of the Battle of San Jacinto, which ended the Texas Revolution and earned the Republic of Texas independence from Mexico.

Located within San Jacinto State Historical Park on the Houston Ship channel is Battleship Texas, the only survivor of the World War I dreadnoughts and a flagship for the D-Day invasion of World War II in 1944. Visitors are welcome to explore most areas of the ship, which is preserved and looked after by the U.S. Navy.

Armand Bayou Center in nearby Pasadena provides visitors with the opportunity to learn about and commune with nature while educating themselves on the importance of wetlands and wildlife conservation. In addition to the guided canoe and pontoon tours, Armand Bayou Center also houses the Martyn Farm living history museum.

Among the major employers in La Porte, companies that specialize in chemicals, plastics and industrial applications reign supreme.

Equistar, a subsidiary of LyondellBasell Industries, is one of the largest employers in the area. Producing propylene, polyethylene and ethylene, along with specialty polymers and polymeric powders, petrochemicals, Equistar provides employment to a significant number of La Porte residents.

Celanese, a chemical company that produces everything from housing exterior applications to artificial sweeteners, is another major source of employment for residents of La Porte. Haldor Topsoe, a Denmark-based company with operations in the Houston area, also employs a large number of citizens in the La Porte area.

St. Mary of the Immaculate Conception Church, located at 816 Park Drive in La Porte, is a Catholic church that offers several social and community outreach programs, in addition to traditional liturgical and confessional services.

Lighthouse Baptist Church is an independent fundamentalist congregation that teaches strictly from the King James Version of the Bible, and is located at 701 San Jacinto in La Porte.

There are no private schools within the La Porte city limits, there are several in neighboring communities less than ten miles away.

Saint Joseph Catholic School in Baytown offers classes to students from preschool through seventh grade, with a student to teacher ratio of 11.5:1. This ratio is 21.1% higher than the national average for private schools.

First Baptist Christian Academy in Pasadena has a total enrollment of 452 students and a student to teacher ratio of 11.6:1. Students from preschool through twelfth grade are served on the campus, which emphasizes academic excellence with a focus on traditional Baptist doctrine.

Taylor Lake Christian Day in nearby Seabrook provides preschool through kindergarten classes for youngsters with an emphasis on Montessori-style education and is affiliated with the Disciples of Christ. The student to teacher ratio of 3:1 is 68.4% lower than the national average for private schools.

Students within the Brazosport Independent School district scored at or above the state average on the Texas Assessment of Knowledge and Skills in 2011 for grades three through eleven, with the only exceptions being slightly-below average scores in the ninth and seventh grade math sections.

Options for childcare in La Porte include a variety of faith-based daycare centers, non-sectarian centers, early-education centers and preschool programs that may or may not be affiliated with a religious group and offer extended hours to meet the needs of working parents. We understand that private, in-home care is more suited to the needs of some families, which is why we’re excited to offer our services to parents in the La Porte area. We also streamline the process of hiring a private childcare provider by performing all pre-employment background screenings and verification of past employment before matching one of our childcare providers to a client family, eliminating the need for time consuming searches, interviews and background checks. 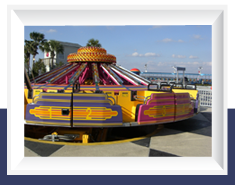