A Guide to Living in Jacinto City

According to the 2010 U.S. Census, Jacinto City, Texas had a population of 10,553 residents. It sits between Houston and Galena Park. Its founding residents in the 1940’s were laborers in steel mills, war factories and the shipyards. It takes its name from the nearby San Jacinto battlegrounds, where the decisive battle of the Texas revolution was fought.

Jacinto City has several parks, a community pool and community recreational centers for both youth and senior citizens. Its location along the east border of the Houston metropolitan area allows its residents easy access to many cultural and entertainment offerings that larger city has to offer. These include a professional baseball team, The Astros, a significant theater district, a variety of musical venues and museums which offer both historical and art displays for viewing and enrichment.

First Baptist Church of Jacinto City was founded in 1947 and is located at 10701 Wiggins in Jacinto City. The church works in conjunction with Jacinto City United Methodist Church, which is located nearby to distribute food and assistance to the needy within the community. There many other congregations scattered across the city, such as Templo Pentecostal del Nombre de Jesus, the Jehovah’s Witnesses, The Christian Congregation in the United States, Calvary Missionary Baptist Church and Munn Street Baptist Church.

Since students from Jacinto City attend two different school districts and are included in populations outside their city limits, an accurate assessment of their particular test scores cannot be properly assessed.

Jacinto City operates a municipal preschool for three and four-year-olds. Daycare centers and smaller individual daycare providers are available for childcare of workers in Jacinto City. Households in Jacinto City may often find that transporting children to daycare outside of the home creates a variety of complications. Being able to hire in-home childcare can then become a preferred option. Because of that, we are pleased to offer our services to families in the Jacinto area. Our nannies have been carefully matched to the needs that you most desire. We do thorough background checks to provide assurance to parents that their children are in qualified hands. 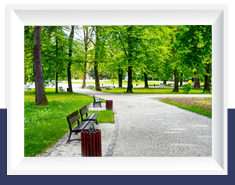