A Guide to Living in League City

League City is located within both Harris and Galveston counties, within the Houston-Galveston metropolitan area. The results of the 2010 United States Census showed the population of League City to be 83,560, a dramatic rise from the 45,444 total calculated after the 2000 census.

There are several waterside resorts in League City used primarily by residents of Houston, along with a host of other attractions for visitors and residents alike. Majestic Ventures, a charter company that offers rentals of several luxury yachts for private and corporate events, is one of the more popular of its kind in the area.

The Butler Longhorn Museum displays a number of artifacts, artistic items and historical documents depicting the rich history and cultural relevance of both League City and the state of Texas as a whole. The West Bay Common School Children’s Museum offers Texas history from a kid’s perspective, with living history tours and costumed interpreters showcasing life in 1898 Texas. The award-winning program includes reading, slate lessons, spelling bees and pen-and-ink lessons to modern kids.

The Perry Family YMCA building houses a staggering array of classes, camps, health and fitness workshops, along with other family-friendly activities to members.

INEOS Group, a producer of petrochemical and specialty chemical products, also employs a significant number of La Porte and Houston area residents. Industrial chemical, plastics and polymer production is a thriving part of the Texas economy, employing many of the workers in the area in some form or fashion.

Saint Mary Catholic School is a private, coed institution with Roman Catholic affiliation that serves students from preschool through eighth grade. The total enrollment at Saint Mary is 213 students, with a student to teacher ratio that’s 12.6% lower than the national average at 8.3:1.

Primrose School of South Shore in League City is a preschool and transitional kindergarten with a total enrollment of 35 students and a student to teacher ratio of 16.7:1, 75.8% higher than the national average for private schools.

Bay Area Christian School in League City has a total enrollment of 685 students from kindergarten through twelfth grade, and is a coed, private institution of Baptist affiliation. The student to teacher ratio at this large private academy is 18.3:1, 92.6% higher than the national average in a private school setting.

Students attending school within the Clear Creek Independent School District from third through eleventh grade scored at or above the state average on the Texas Assessment of Knowledge and Skills in 2011, often significantly higher. There was no area in which Clear Creek ISD students scored below the state average in 2011.

Childcare options in League City include both secular and religiously-affiliated daycare centers, preschools and early education centers that offer extended hours in order to better accommodate the schedules of busy, working parents. Because we understand that private, in-home care is often more adequately suited to the demands of some families, we’re proud to offer our services to League City families by supplying pre-screened, highly-qualified and experienced nannies that are carefully matched to each client family in order to ensure maximum compatibility, minimizing the likelihood of premature termination of a work agreement or unexpected turnover. 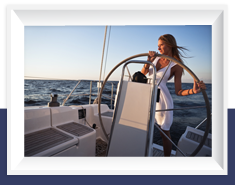