A Guide to Living in La Marque

La Marque is an incorporated residential community nestled in Galveston County. Known as Highland at the time of its founding, La Marque’s population rose by six percent over the decade between the 2000 and 2010 Census. The U.S. Census estimates La Marque’s current population at over 14,000, with a median household income of $46,070, a median home sales price of $83,528, and a seventy-six percent homeownership rate.

A variety of entertaining cultural options exist in La Marque, offering something for every age group.

The College of the Mainland hosts a community theatre, which during the 2012-2013 season hosted performances of plays such as Shakespeare’s “Much Ado About Nothing” and “A Grand Night for Singing” by Rodgers and Hammerstein. With reasonable pricing and season passes available, the College of the Mainland Theatre is one of the La Marque community’s most exciting cultural destinations.

Summer fun in the sun at the Schlitterbahn Waterpark in nearby Galveston is just a short drive away, offering three separate parks in one location, for one price. Schlitterbahn is a favorite with both locals and vacationers alike.

Gulf Greyhound Park has served over 10 million fans of Greyhound racing since opening its doors in 1992. The air-conditioned complex offers a variety of dining and race viewing options for the quarter-mile track.

The Texas branch of Conhagen, Inc. is the largest of the rotating equipment company’s facilities, consisting of 43,000 square feet of climate-controlled manufacturing and repair space. The facility services virtually all types of turbo-machinery, with the exception of gas turbines.

Texas First Bank, a company whose genesis was in 1979, has two branches in La Marque. The company has over twenty banking centers from Galveston to Houston. The Associated Credit Union of Texas also has offices in La Marque, located on First Street.

Abundant Life Christian Center is a non-denominational Christian church located at 601 Delany Road in La Marque. Visitors are instructed to consider themselves invited to attend any of Abundant Life’s services or events, of which there are an impressive number.

Our Lady Queen of Peace in La Marque is part of the Archdiocese of Galveston-Houston. Ministries include a variety of groups and outreach programs, including Youth Ministry, Ladies’ Guild, Hospitality, Homebound Ministry Choir and Divine Mercy Devotion.

There are no private schools located within the La Marque city limits, though nearby Texas City does boast both Trinity Baptist Christian School and Our Lady of Fatima Catholic School.

Students attending schools within the La Marque Independent School District scored below the state average on every section of the Texas Assessment of Knowledge and Skills in 2011, a test administered statewide to students in third through eleventh grades.

Daycare centers in and around La Marque can be either faith-based or non-sectarian, sprawling complexes or small institutions. Should you decide that private, in-home care is a better choice for your family, we’re here to help by providing a pre-screened candidate carefully matched to the unique needs and expectations of your individual family. We manage the difficult work of running background checks compliant with federal and state employment laws, eliminate the need to sift through dozens of applicants in order to schedule time-consuming interviews. Our nannies are qualified and competent and ready to meet your family’s caregiving needs. 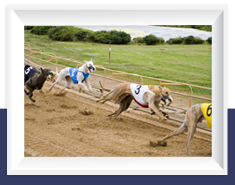