A Guide to Living in Dickinson

Dickinson, located in the Galveston County section of the Houston-Sugar Land-Baytown metropolitan area. According to the 2010 United States Census, the population of Dickinson is 18,680. Roughly twenty-eight miles southeast of Houston and nineteen miles northwest of Galveston, Dickinson is situated between two larger cities and serves largely as a suburban area. Dickinson was once a large tourist destination in the 1920s, with an assortment of gambling houses and casinos established in the area by members of the Maceo crime syndicate, though the area is no longer affiliated with organized crime.

The historic building that hosts the Harbor Playhouse Community Theatre and Fine Arts District was first established as a movie house in 1941. Now, The Harbor Playhouse offers classes and instruction in Acting and the Theatre Arts, Musical Theatre, Dance, Piano, and voice for children, teens and adults year-round.

The Dickinson Historic Railroad Depot is another favorite destination for Dickinson residents, with the elaborate edifice of the 1902 Depot lovingly renovated and maintained by the Weed N Wish Garden Club before being turned over to the Dickinson Historical Society. The site now hosts a visitor center, community meeting facility, bicycle rest stop, gift shop and museum.

Many Dickinson residents take advantage of the reasonable commute times to both Houston and Galveston, choosing to work outside of the community. The tourism industry plays a major role in Dickinson’s economy, along with the City of Dickinson and Dickinson Independent School District, which are both major employers in the community.

The Sterling Chemical plant, located in nearby Texas City, contributes largely to the Dickinson local economy and employs a number of resident workers. The 290-acre facility was established as an arm of the Monsanto Company’s petrochemical division, and is now owned by Eastman Chemical Company.

The Dickinson Church of Christ, located at 2919 FM 517 RD E, is heavily focused on a sense of unity and material minimalism. While it is a Church of Christ facility, the church also stresses their lack of identification with sectarian ideals.

The Shrine of the True Cross in Dickinson is the diocesan shrine of the Archdiocese of Galveston-Houston, and is considered a sacred place in the Catholic faith for pilgrimage, prayer and meditation on the word of Christ.

Living Faith Outreach is a non-denominational Christian church that invites visitors and newcomers to come as they are, without concerns regarding dress codes. Ministries include Men’s Ministry, Women’s Ministry, Wisdom Walkers Senior Ministry, and a variety of Sunday School and Bible Study classes.

Private schools in Dickinson include Pine Drive Christian School, a Baptist-affiliated school with a total enrollment of 243 coed students from preschool through twelfth grade, True Cross Catholic School, a coed school of Roman Catholic affiliation that serves 181 students from preschool through eighth grade, and Rainbow House Montessori, a preschool and kindergarten subscribing to the Montessori style of education.

Students attending schools in the Dickinson Independent School District from grades three through eleven in 2011 scored largely on a par with the state average standard on the Texas Assessment of Knowledge and Skills, with slight deviations in either direction. Exceptions are eighth grade math and science and fifth grade math and reading; in these sections, students scored markedly higher than the state average.

Dickinson parents have a variety of childcare choices at their disposal, including both large and small daycare centers that may be either private or public, religiously-focused or secular. Some early education and private preschool centers also offer extended hours with a focus on early childhood development and education in order to meet the childcare needs of busy parents. Often, families determine that private, home-based care would be a more ideal fit for their household, but are overwhelmed at the prospect of sifting through candidates, conducting in-person interviews and navigating the complex world of legally-compliant background checks. That’s why we’re pleased to offer our services to parents in the Dickinson area, supplying highly-qualified nannies that have been carefully matched to the needs you’ve specified, with minimal hassle and no wasted time. 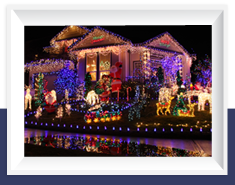