A Guide to Living in Pearland

The majority of Pearland’s residents commute into Houston to work at the Texas Medical center or other major employers in the city. However, there are a significant number of residents who work within Pearland. The City of Pearland and the Pearland Independent School District employ a relatively high percentage of the populace, along with Wal-Mart, Home Depot and the Target Corporation.

Kemlon, a manufacturing company located at 1424 North Main Street in Pearland, is another major employer in the area specializing in the manufacture of high quality electrical connectors, probes and sensors for hostile environments. Products manufactured by Kemlon are most often used in oil and gas, military, aerospace, medical, nuclear, marine, communications and refrigeration applications. The company also solicits orders for completely customized products, including hermetic seals and sensors.

First Presbyterian Church, located at 2930 East Broadway in Pearland, welcomes visitors with open arms and provides religious instruction based upon the tenets of Presbyterian doctrine to children, teens and adults. First Presbyterian also offers Mother’s Day Out programs on Tuesdays and Thursdays between 9 AM and 2 PM for kids from eighteen months to preschool age.

The Pearland Independent School District serves the majority of Pearland, along with the city of Brookside Village and unincorporated areas in Brazoria county, including Silverlake. The district is comprised of an elementary school, a middle school, junior high and two separate high schools. There are also a number of private school options in Pearland.

Montessori School of Downtown is located at 2121 Grand Boulevard in Pearland and caters to children in preschool through first grade. The student to teacher ratio of this small school is 11:1, with six-hour classes held 181 days out of the year.

Pearland Heritage Christian Academy, located at 12005 County Road 59 in Pearland, offers preschool through second grade classes at a student to teacher ratio of 11.7:1.

Offering classes to children from preschool through eighth grade, the Carden-Jackson School is located at 3801 Liberty Drive in Pearland. Classes last for seven hours each day, and are held 180 days out of each year. Student to teacher ratios at Carden-Jackson School are 6.6:1, which is 30.5% lower than the national average for private schools.

Eagle Heights Christian Academy serves children from preschool through eleventh grade, emphasizing a traditional education based solidly upon Baptist doctrine. The co-ed environment is home to approximately 200 students, with a student to teacher ratio of 7.8:1.

While there are a large number of daycare centers in Pearland, both faith-based and non-sectarian, we understand that many parents prefer the flexibility and one-on-one attention that only a private, in-home caregiver can provide. That’s why we’re pleased to offer our services to families in the Pearland area, supplying experienced and exceptional nannies that have been carefully screened and matched specifically to the unique needs of your individual family. 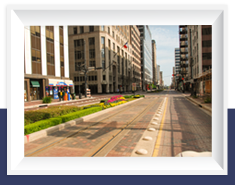