A Guide to Living in Rosenberg

Rosenberg is located within the Fort Bend County section of the Houston-Sugar Land-Baytown metropolitan area. The 2010 United States Census determined that the population of Rosenberg was 31,676 with a total area of 21.3 square miles.

In addition to the Rosenberg Czech Fest and the Fort Bend County Fair each year, Rosenberg is host to a variety of activities and attractions. The Historic Downtown district is a favorite of visitors and residents alike, featuring a mix of dining and retail boutiques along the way.

Railroad and train enthusiasts have been visiting the Rosenberg Railroad Museum since its inception in 2002, housed within a building designed to resemble to original depot in the city, which served the Southern Pacific and Santa Fe railroads from 1883 until 1917. Now, the museum houses a variety of exhibits and installations celebrating the rich history of Rosenberg and the American railroad.

The Cast Theatrical Company in Rosenberg mounts a variety of live performances, and is a volunteer-only effort community theater. Shows run on Friday and Saturday evenings at 8:00 PM, with matinée performances on Saturdays and Sundays at 2:30.

Richmond is a largely suburban community, with the majority of residents choosing to commute into Houston or Sugar Land for work each day. There is a bit of light industry in the area, however.

Frito-Lay, Incorporated maintains a manufacturing plant in Rosenberg that was awarded OSHA’s “Star” status, which is only awarded to facilities with lower injury rates than average, far exceeding minimum requirements in terms of safety regulations and best practices.

Oak Bend Medical Center serves Rosenberg, Richmond and the surrounding areas, providing both a wide range of medical services as well as a significant number of jobs for local residents. Coastal Butane Services Company has been serving the Houston area since 1969, bringing fuel and employment to the Richmond area.

The Church of Living Water, located on Airport Avenue, has a community garden in addition to its children’s and youth ministries, and outreach plans. Their services are available online as podcasts, and they have a focus on community outreach.

Rosenberg’s First Assembly of God has a T-ball ministry, and in the past have had outdoor movie nights and back-to-school events, just a few examples of their community ministries. In addition, they have music, dance, children’s, youth, and ministries for the elderly.

St. John Fisher Catholic Church is a parish of 900 families, celebrating community and faith on Clay Street in Richmond. The home of Knights of Columbus Council #12632 and a branch of Guadalupanas Society, St. John Fisher also supports St. Vincent de Paul Society’s food pantry, and ministers to homebound parishioners, involving themselves in both the Richmond and Rosenberg communities.

Students attending classes at schools within the Lamar Consolidated Independent School District consistently scored on a par with or above the state average on the Texas Assessment of Knowledge and Skills in 2011, from third grade through eleventh.

Early education centers, private preschools, public or private daycare centers that can be either religiously affiliated or non-sectarian are among the widely available options in Rosenberg in terms of childcare. Still, we understand that some families’ needs are better served by private, in-home childcare, which is why we’re proud to extend our services to families living in the Rosenberg area. Our nannies are pre-screened and verified, eliminating the need to sift through dozens of applicants, schedule and conduct in-person interviews for prospective caregivers, or manage the implications of a thorough background check that still adheres to state and Federal law. We also carefully match each of our childcare providers against the preferences that you’ve specified, in order to ensure the best possible fit and peak satisfaction. 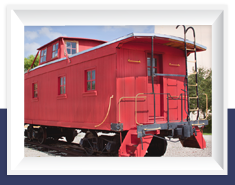