A Guide to Living in Lake Jackson

A Brazoria county community within the Houston-Sugar Land-Baytown metropolitan area, Lake Jackson’s total population at the time of the 2010 U.S. Census Bureau estimate was 26,849. Named after a lake situated on the outskirts of town that was in turn named after the family who once owned the nearby plantation house, Lake Jackson has a total area of 19.8 square miles and is known partially for being the hometown of Tejano mega-star Selena Quintanilla-Perez.

Shopping and retail spending is one of Lake Jackson’s major attractions, as evidenced by the sales tax income that represents a population of more than 70,000.

Sea Center Texas is a fish hatchery, nature center and marine aquarium in Lake Jackson that provides a hands-on learning experience for visitors through interactive displays, touch tanks and a variety of simulacrum aquariums representing Texas habitats, including a salt marsh, open Gulf, jetty and reef.

Ornithology enthusiasts flock to the Gulf Coast Bird Observatory, which is dedicated to both protecting birds native to the Gulf area and educating the community about conservation and ecological responsibility. Local history buffs love the Lake Jackson Museum, which boasts more than 12,000 square feet of interactive exhibits and displays depicting the history of the area from the prehistoric era, through the plantation area and founding of modern Lake Jackson.

The Clarion, located on the Brazosport College campus, is a six-hundred seat venue with stunning architectural details that hosts a variety of live music performances throughout the year. Golfers are also right at home in Lake Jackson, as the Wilderness Golf Club is located within the city.

While many residents of Lake Jackson choose to make the relatively short commute into Houston, there are a significant number that work in Lake Jackson and the surrounding area.

Saint Michael the Archangel in Lake Jackson is a Catholic church, part of the Archdiocese of Galveston-Houston. The website proclaims that “there are no strangers here… Only friends you haven’t met.” This attitude is reflected by the welcoming and accepting congregation, and encompasses an impressive array of ministry programs and community outreach efforts.

Saint Timothy’s Episcopal Church, located at 200 Oyster Creek Drive, offers a full complement of community outreach programs and resources for both members and visitors, as well as members of the Lake Jackson community as a whole. The involved congregation hosts a number of activities throughout the year for kids and adults alike.

Private schools in Lake Jackson are relatively limited. Brazosport Christian School, a non-denominational Christian coed academy with 292 students, is located at 200 Willow Drive. The student to teacher ratio at this relatively large private school is 11.6:1, 22.1% higher than the national average for private schools.

Our Lady Queen of Peace Catholic School in nearby Richwood, Texas, educates 237 coed students from pre-Kindergarten through eighth grade, and has a student to teacher ratio of 11.7:1.

Students of the Brazosport Independent School District between third and eleventh grade scored near the state average on the Texas Assessment of Knowledge and Skills in 2011, with slight variations leaving results over the average in some areas or barely below in others.

Lake Jackson childcare options include a number of daycare centers, both religiously-affiliated and non-sectarian, along with early education centers and preschools with extended hours to provide both education to students while meeting the needs of working parents. Still, some families find that private, in-home care would be more suited to the needs of their household but lack the time required to find the perfect applicant by sifting through mounds of resumes, conducting in-person interviews and running the necessary background checks to ensure their children’s safety while adhering to state and Federal employment laws. That’s why we’re happy to offer our service to Lake Jackson families, supplying pre-screened and highly qualified nannies after carefully matching our families to the existing pool of private childcare providers at our disposal to ensure the best possible fit for all involved parties. 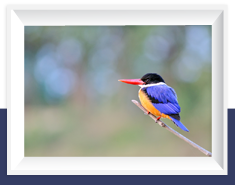