A Guide to Living or Working in and Around Houston

With a population of more than 2.1 million people across a 656.3 square-mile area, Houston is the fourth largest city in the United States, and the largest in all of Texas. With a broad and thriving industrial base, the local economy of Houston has remained relatively strong throughout the financial crisis, and is considered a world-class tourist destination thanks to the nearby beaches of Galveston, along with the arts and entertainment culture of the Theatre and Museum Districts.

Houston is rife with exciting attractions and activities for both visiting vacationers and residents. The Theatre District, comprised of nine major performing arts organizations and six separate performance halls, sprawls over a seventeen-block area in the heart of downtown Houston. The Houston Grand Opera, Houston Ballet, Houston Symphony Orchestra and The Alley Theatre, as permanent resident companies, also allow Houston to boast it’s status as one of few American cities with professional resident companies in all of the primary performing arts disciplines.

Up to one quarter of Houston’s residents were born outside of the United States, and the populace collectively speaks ninety separate languages. This diverse cultural atmosphere is displayed in the Houston Chinatown district, one of the largest in the nation, and the Mahatma Gandhi District. Foods, clothing and other items from around the world are sold in these areas, allowing a glimpse into the culture of other ethnicities.

More than seven million visitors each year make the trek to Houston’s Museum District, which includes the Museum of Fine Arts, the Contemporary Arts Museum Houston, Holocaust Museum Houston, Houston Museum of Natural Science, and the Station Museum of Contemporary Art. Houston also boasts the largest total area of parks and green spaces of any of the ten most populous American cities, with 337 parks within the city. Among them are Tranquility Park, Hermann Park, Terry Hershey Park, Sam Houston Park and Discovery Green.

Second only to New York City in terms of Fortune 500 company headquarters, Houston is home to booming energy, transportation and aeronautics companies. Healthcare and oilfield equipment are also leading industries in Houston.

Halliburton Company, which ranks among the world’s larges oilfield services companies in the world, operates in more than seventy companies and owns hundreds of branches, brands, subsidiaries, affiliates and divisions around the world, employing more than sixty thousand people. The Halliburton Company’s corporate headquarters are in Houston, along with a sister office in Dubai.

Pennzoil, a leading brand in the automotive sector, offers gasoline and motor oils to consumers across the nation. The Jiffy Lube chain, which offers chassis lubes, oil changes and light automotive services to customers across America and Canada, is also owned by Pennzoil, whose corporate headquarters are located in Houston.

The Texas Medical Center, the largest medical center in the world with facilities for translational research, basic science and patient care, is also located in Houston. With more than fifty institutions related to healthcare and medicine, including three medical schools, four nursing schools, fifteen hospitals and two specialty institutions, along with schools of pharmacy, dentistry and public health, the Texas Medical center employs more than 93,500 people, 20,000 of which are leading physicians, researchers, scientists and advanced degree holders in the life sciences.

The University of Houston System also has an annual economic impact on the city equivalent to that of a major corporation, with $1.1 billion in new funds attracted to the Houston area each year, 24,000 local jobs generated and $3.13 billion in total economic benefit to the city each year. Furthermore, 80.5 percent of graduates from the UH System remain in the region and are living and working in the area five years after graduating.

First Metropolitan Church, a non-denominational Christian church with an emphasis on Baptist doctrine, is located in Houston and offers a wide array of faith-based activities and services to both members and visitors. First Metropolitan also has an open policy regarding women in roles of leadership within the congregation, and is located at 8870 West Sam Houston Parkway North, Houston, TX 77040.

The second-oldest Catholic church in Houston, Annuciation Catholic Church is located at 1618 Texas Avenue in Houston, TX 77003. Established in 1839 as an outgrowth of St. Vincent’s, Annunciation was also recorded as an official Texas historic landmark in 1969.

With more than three thousand members, the Clear Lake United Methodist Church offers a variety of programs for members and visitors, including classes, scouting programs and community outreach. Located at 16995 El Camino Real in Houston, TX 77062, Clear Lake United Methodist Church has a staff of 900 involved in their Christian Education Programs.

Located at 17020 West Road at Queenston in Houston, TX 77095, St. Cuthbert Episcopal Church is home to a multicultural and diverse congregation. St. Cuthbert also houses a dedicated preschool program, and a full complement of youth activities for older attendees.

In addition to the many public schools under the Houston Independent Schools public umbrella, Houston is home to a large number of private schools.

Alexander-Smith Academy, located at 10255 Richmond Avenue in Houston, TX 77042, is a fully accredited college-preparatory high school through the Southern Association of Colleges and Schools, the Texas Education Agency, Texas SACS CASI and AdvancED. Their mission statement promises a dedication to offering “a college-preparatory high school education in a relaxed, safe and comfortable environment. Students, teachers and advisors achieve an optimum learning atmosphere by working together. Treating students as young adults fosters graduates who are equipped to lead productive lives in a complex, pluralistic society. ASA’s primary goal is to create an environment in which each student can acquire the knowledge necessary to develop intellectual maturity. A structured curriculum, which includes honors and advanced placement course levels, as well as modified courses when necessary, is fundamental in achieving this goal, as is the unique class size of five to seven students, and daily tutorials.”

The Banff School offers classes to students from preschool to senior year, with an emphasis on bringing students, educators and parents together for a more cooperative learning atmosphere. Banff prides itself on cultural diversity and a multicultural environment, which also helps to expand kids’ world view beyond that of their own homes and families.

The British School of Houston offers parents the opportunity to expose their children to the British methods of education, providing them with a world-class education without leaving Houston to attend a European boarding school.

Duchesne Academy of the Sacred Heart is Houston’s only all-girl college preparatory school for students from Pre-K through twelfth grade. While the Duchesne Academy is a Catholic school, educators and faculty also understand that their young ladies hail from a variety of religious and ethnic background, and emphasize acceptance of differences and a dedication to learning.

Texas Assessment of Knowledge and Skills (TAKS) scores for the Houston Independent School District in 2011 were on a par with the state standard for high schoolers, and slightly above in middle and elementary years.

They say that everything is bigger in Texas, which also seems to extend itself to the variety of childcare options. From faith-based preschool and daycare programs, secular private programs, daycare centers and home-center care, the number of choices can be bewildering. That’s why we’re pleased to offer our private, in-home childcare provider services to Houston families in need of a caregiver. Our nannies are screened thoroughly for any criminal records and have proven track records of childcare success. 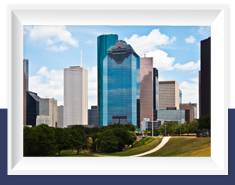