A Guide to Living in South Houston

South Houston, located within the Harris County section of the Houston-Sugar Land-Baytown metropolitan area’s population at the time of the 2010 United States Census was 16,983, up from 15,833 in 2000. The total land area of the city is 7.8 miles.

Bart Mixon, a celebrated effects makeup artist and Bret Mixon, a visual effects specialist, house their creations in a South Houston Museum, Mixon’s Memories Museum. On display are the alien autopsy from Men In Black II and Pennywise the Clown from Stephen King’s IT, along with more than sixty posters from some of the feature films they’ve worked on.

Just a short drive from South Houston is the Houston Museum District, a famed section of this world class city, filled with cultural pursuits and educational opportunities.

South Houston residents are primarily employed in Houston or the surrounding area and choose to make the short commute each day. However, there are a few companies in the area that do provide some employment in terms of light industrial work.

Lewis Food Town Incorporated, the company that owns a chain of Food Town Grocery Stores in the Houston area, is headquartered in South Houston. As the sixth-largest grocery chain in Greater Houston, the company employs a significant number of local residents.

Anthis Industries, Incorporated is a full service valve shop that’s committed to providing exactly the right part for the job and welcomes a challenge when it comes to difficult, unusual or hard-to-find parts.

USA Industries, Incorporated provides piping products and heat exchanger tools on an industrial and commercial level, and is headquartered in South Houston.

Carmel Temple, established in 1970, is dedicated to providing an open, loving environment for people of all faiths to share their principles and freely discuss spirituality and philosophy. The Temple does not pass collection plates at services, instead relying upon tax-deductible contributions to fund the Temple, missions and public outreach programs.

Indian Pentecostal Church of God in South Houston is dedicated to providing Christians of all backgrounds and ethnicities with a place to worship, with an emphasis on the Indian community in the Greater Houston area.

There are no private schools in the South Houston city limits. However, there are a number of options in the nearby outlying areas, including Houston’s A&B Christian School and St. Augustine Catholic School, along with Pasadena’s Apostolic Christian Academy.

Students attending public schools within the Pasadena Independent School District between third and eleventh grade scored largely on a par with the state average standard on the 2011 Texas Assessment of Knowledge and Skills. There were slight variations in either direction, with Pasadena ISD students scoring slightly above or slightly below average in some areas. For the most part, however, Pasadena ISD students were equal to the state standard.

South Houston’s proximity to the larger cities of Houston and Pasadena provide a wide array of childcare options for busy families. Daycare centers, both private and public, religious or secular, are readily available throughout the area, as are private preschools and early education centers with extended hours. We understand, however, that the individual needs of some families are more ideally met through private, in-home care. That’s why we’re excited to extend our services to families in the South Houston area, providing pre-screened and thoroughly vetted nannies that are meticulously matched to the preferences you specify. 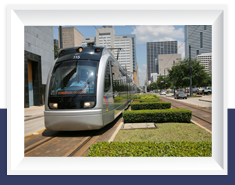