A Guide to Living in Alvin

Alvin lies within the Houston-Sugar Land-Baytown metropolitan area, and has a population of 24,236 as reported in the 2010 United States Census. While Alvin and the surrounding area was settled in the mid-1800’s, it’s most well known for being the hometown of Nolan Ryan, a Baseball Hall of Fame inductee and legendary major league baseball star.

Bayou Wildlife Park in Alvin allows visitors to experience an African safari without leaving their hometown, providing tram rides through more than eighty acres of land. The park is home to alligators, monkeys, birds indigenous to Africa, India, Asia, Australia and South America. Pony rides and up close and personal experiences with some of the gentle species is also possible in the Petting Zoo.

The Alvin Historical Museum and the Marguerite Rogers House Museum are both supported by the Alvin Museum Society, which is comprised wholly of volunteers with a mission statement that declares, “the Alvin Museum Society exists to preserve the history of Alvin and its immediate area by heightening residents’ awareness of the value of saving the past for the benefit of the future. Exhibits, programs, and activities that educate the museums’ patrons are offered. Selected for preservation are structures, objects, documents, photographs, oral and visual histories, and all artifacts that add to the telling of Alvin’s story. Providing and equipping a suitable building for the Alvin Historical Museum continues to be a goal of the Alvin Museum Society.”

Perhaps Alvin’s greatest claim to fame is the fact that an infant Nolan Ryan moved there with his family in 1947, and that he maintained a residence there until 2003. The major league baseball star and Baseball Hall of Famer was commemorated by the people of Alvin, who honored their native son with an exhibit in the Nolan Ryan Center at Alvin Community College.

The largest employer in the Alvin area is the Alvin Independent School District, with Dish Network’s Customer Support Center and Alvin Community College coming in at second and third, respectively.

Ascend Performance Materials, a leader in Nylon 6.6 production and petrochemical manufacturing, employs a significant portion of Alvin residents. The INEOS Chocolate Bayou Works in Alvin, which manufactures olefins and polypropylene for shipping by barge, pipeline, roadway and rail is also a primary area employer, as is Diversified Ceramics.

First United Methodist Church, at 611 W. South Street in Alvin, celebrated its 127th anniversary in 2012, and is a cornerstone of the Alvin community with Worship, Children, Students, Music, Missions, Women, Preschool and Prayer Ministries.

Grace Episcopal Church at 200 West Lang Street invites visitors to join at any of their services, including two Sunday worship rites, morning and evening prayer services throughout the week.

South Park Baptist Church encourages visitors and promises a welcoming, accepting greeting to all who attend, emphasizing comfortable dress and the lack of a rigid dress code. The casual and friendly atmosphere extends to their ministry and missions programs, along with community assistance and outreach ministries.

Living Stones Christian School, affiliated with the non-denominational Living Stones Church, boasts a total enrollment of 214 students from preschool through senior year. The student to teacher ratio is 12.9:1, 35.8% higher than the national average for all private schools.

Students from third through eleventh grade in the Alvin Independent School District scored at or above the state average standard on the Texas Assessment of Knowledge and Skills in 2011, with the only exception being slightly below average scores in the seventh grade reading and writing sections of the test.

Families living in Alvin have an assortment of childcare options, including both religiously-focused and non-sectarian private daycare centers, public daycare centers, private preschools that may or may not have a religious affiliation, and early education centers with extended hours that serve to meet both the developmental needs of young children and the childcare needs of their busy parents. However, it’s not uncommon for parents to determine that the personalization and flexibility of private, in-home care is more ideally suited to the needs of their household. That’s why we’re pleased to offer our services to Alvin families, providing pre-screened, high-quality and experienced nannies to families in search of the perfect caregiver. Our nannies are carefully matched to your specifications, ensuring the best possible fit and peak satisfaction for all involved parties. 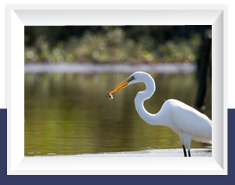