A Guide to Living in Deer Park

Named for the abundance of deer that once roamed the Gulf plains as observed by the town founder, Simeon Henry West, in 1892, Deer Park is a part of the Houston-Sugar Land-Baytown metropolitan area and has a population of 32,010.

A performing arts center with a full range of dance classes for students from age two through adulthood, The REVELution Performing Arts Center allows those with an affinity for dance to hone their ballet, jazz, tap, lyrical, hip hop and drill skills under the tutelage of educated and accomplished instructors. RPAC also sponsors competitive dance teams, and holds performances regularly.

Patrick’s Cabin, a historical site celebrated as the Birthplace of Texas, is also located in Deer Park. Upon the unlikely defeat of the Mexican Army in a battle that gained Texas its independence, Sam Houston drafted the initial treaty in the cabin of Dr. George Moffitt Patrick. A replica of that cabin now stands in the original location, allowing modern Texans to view the very place where their beloved state gained its independence.

Founded in 1979 as a small group of theatre buffs, the Art Park Players now call a city-sponsored theatre facility in Deer Park home. Volunteers and performers launch productions throughout the year, staging shows for the community’s enjoyment.

Because of its close proximity to Houston, many residents of Deer Park simply choose to commute the short distance into the city for work. However, there are a number of employers in the Deer Park area.

Green Mountain Energy is committed to changing the way that power is generated, and is considered a pioneer in the cleaner energy field and green power movement. The company is also a major employer in the Deer Park area.

The corporate headquarters for manufacturing representative firm TechStar is located in Deer Park, and is an important player in the local economy due to the number of residents employed by the company.

St. Hyacinth Church, named after the apostle of Poland and Russia who was canonized in 1594, was established by Bishop John L. Morkovsky in 1965. Children’s, senior citizen’s and military ministries are among the offerings at St. Hyacinth, along with Perpetual Adoration, the Legion of Mary and traditional liturgical services.

Making a positive difference in the lives of congregation members and the community as a while is the primary focus of Deer Park United Methodist Church, which teaches traditional Methodist doctrine.

Students of schools in the Deer Park Independent School District scored, across the board, well above the state average on the Texas Assessment of Knowledge and Skills in 2011. Pupils in the Deer Park Community that attended La Porte Independent School District schools scored on a par with or slightly above the state average, with slightly below-average scores in math and science for tenth graders.

Deer Park is home to a variety of both faith-based and secular daycare centers, preschools and in-home childcare centers. However, many families find that private, in-home childcare is more suited to the unique needs of their individual households but lack the time to properly complete the hiring process. Sifting through a large number of applicants, scheduling time-consuming personal interviews and conducting thorough background screenings that are in accordance with state and federal hiring law can be an overwhelming prospect, which is why we’re pleased to offer our services to families in the Deer Park community. Our nannies come to you pre-screened, with their experience and qualifications already verified. We also carefully match each family to our list of candidates, in order to ensure the best possible fit. 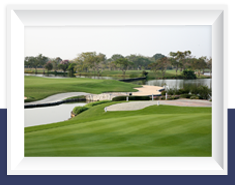