If you’re planning to visit the Houston area for a family vacation and are looking for a truly luxurious experience, the Westin Galleria Houston may be just the thing. Conveniently located in the heart of Houston’s prestigious Uptown district, the Westin Galleria is connected to the upscale Galleria shopping center, which is populated by 350 top retailers, and within walking distance of some of the best in culinary and entertainment culture that Houston has to offer.

The Westin Galleria Houston is a four-star property, and has received the AAA Four Diamond Award in both 2011 and 2012.

Room rates at the Westin Galleria Houston are between $155 and $715 per night, depending on the size of the room you’ve chosen and the in-room amenities you’ve specified. However, children under the age of eighteen that are accompanying a parent or guardian are not subject to additional occupant fees.

Rooms are arranged in a tier system, including Traditional Rooms, Deluxe Rooms, Parlor Suites, Luxury Suites and the Presidential Suite.

Standard amenities at the Westin Galleria Houston include their signature Westin Heavenly Bed® and Heavenly Bath®, twenty-four hour room service, a refreshment center, in-room safe, wake-up service and and the availability of a Heavenly Dog Bed and Heavenly Crib® service for little ones.

In addition to the Tunnel Walks, Rainbow Lodge, Brazos Bend State Park and Astrodome in close proximity to the hotel, Westin hotels also offer the Westin Kids Club® services that include a variety of entertainment options and activities for the smaller set. Kids are greeted upon arrival at Westin Galleria Houston with complimentary gift bags filled with treats to keep them entertained during their stay, and have access to the Westin Kids Club Discovery Room®.

Don’t forget to check out the Downtown Aquarium while you’re in Houston, which includes a restaurant and full amusement park right on the premises. Simulated habitats include ancient Indian ruins, a rainforest, and a Louisiana swamp that host piranhas, alligators and white tigers. Kids are sure to be awed by riding a train through the middle of a 200,000-gallon shark tank, as well.

Things to Do Locally

Houston is a sprawling metropolis with a vast selection of entertainment options for both kids and adults alike. The Art Car Museum, dubbed “Garage Mahal” by locals, is an impressive collection of automotive art that will wow even those that aren’t auto aficionados. Chinatown’s Asian Discovery Tour is also a great adventure, as it explores the six-mile-long Chinatown District. They do say everything’s bigger in Texas, and the Houston Chinatown District is no exception; it’s among the largest in the United States!

The Houston Museum district plays host to a number of museums, cultural centers and galleries, some of which may not be entirely suitable for children. Similarly, the rich culinary culture of Houston offers enough options to satisfy any epicurean, but may not be a favorite among finicky kids. That’s why we’re proud to offer our top-notch childcare services in-room at the Westin Galleria Houston. We’ll send a pre-screened and approved childcare provider to your room who will keep your kids engaged and entertained while you escape to enjoy a bit of grown-up fun, from sampling the local cuisine to simply experiencing the city without small children in tow. 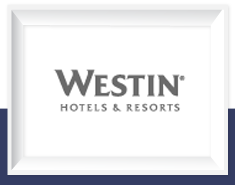