Texas Southern University was established in 1927 under the name Houston Colored Junior College, a name that was changed several times before finally becoming Texas Southern in 1951. A historically black university accredited by the Southern Association of Colleges and Schools, Texas Southern is one of the larges historically black universities in the United States. It’s also one of only four public universities in Texas that’s independent of affiliation with any of the six public university systems in the state. Texas Southern is the leading producer of college degrees to students of African-American and Hispanic descent in the state of Texas. It’s also ranked fourth in the nation for conferred doctoral and professional degrees among African American students, and is a member of the Thurgood Marshall College Fund.

Located in Houston’s Third Ward southeast of downtown, Texas Southern University is situated on a 150-acre urban campus. A partnership with Lone Star College allows Texas Southern to offer courses at a new campus in northwest Houston, while a similar arrangement with the City of Houston and the Houston Public Library supports fine arts classes, theater and dance performances in Houston’s Fifth Ward historic Deluxe Theater.

The official school colors for Texas Southern University, whose athletic teams participate in the NCAA Division I Southwestern Athletic Conference, are maroon and gray.

“The air is filled as our voices ring

From earth to the heav’ns above.

To the school we dearly love.

Hail, to our dear Maroon and Gray

Undivided we will stand

By the greatest in the land,

All roads lead to Texas South-ern,

Paved with light for one and all.

And we’re proud of what you are,

Hail to our Chiefs in reverence we sing.

In our hearts you’ll always stay

As you lead us on our way,

The Texas Southern University Fight song, which fans sing at sporting events to cheer athletic teams on and show their support, is simply known as “The TSU Fight Song.”

“We are the Tigers of TSU

And we love our school and colors too,

Hooray for Maroon and Grayyyyyyy!”

The official mascot of Texas Southern University is a tiger named Tommy the Tiger.

Texas Southern University has a total of 10,750 students, 50% of which return to their classes after completing their freshman year. Average GPA is 2.70, with average ACT Composite Scores between 13 and 17. Average SAT scores are between 330 and 430 on the Math portion, 320 and 430 on the Verbal portion, and between 340 and 430 for writing. Of these students, 4,541 are men, 6,209 are women, 8,992 are of African-American descent, 12 are of Native American or Alaskan Native Heritage. Asian, Native Hawaiian and Pacific Islanders account for 469 members of the student body, with 504 Hispanic students and 252 students of Caucasian heritage among the full-time, first-time student body. Freshman students are not required to live on campus.

We actively recruit qualified students with an interest in childcare to act as private, in-home childcare providers, carefully matching their childcare philosophies, disciplinary styles and scheduling availability against the needs and expectations of your unique household. We’re committed to ensuring that every student from Texas Southern University that we place in an employers home to provide childcare is the best possible match with your family, to reduce the likelihood of turnover and ensure the satisfaction of all involved parties.

Entrusting the care of your children and your home to an employee who is essentially a stranger can be a very daunting task, which is why we take the time to thoroughly screen each and every one of our applicants before providing them with assignments. You can rest assured that your children’s new caregiver is coming to you with a verified employment history, a clean criminal record and no moving violations or driving-related offenses that you’re unaware of. We also check applicants against the National Sex Offender registry, and are happy to extend our screening services to customers that have opted to find their own nanny, rather than taking advantage of our placement service. 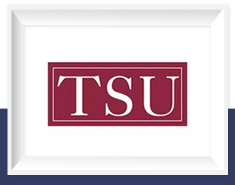