Nanny Cams: What You Need to Know

For parents who employ a nanny, the decision of whether or not to have and/or to disclose the use of a nanny cam is an extremely personal one. It’s a question that involves both legal and ethical considerations and, in my opinion, a close examination of the parents motive for considering one. 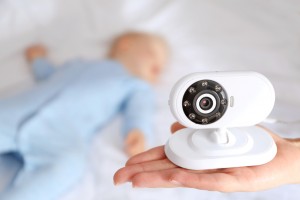 First, let’s start with the legal considerations. The laws regarding the use of nanny cams vary by jurisdiction. Local and state laws addressing nanny cams can be different from each other and from federal laws.  According to WECUsurveillance.com, the laws are a complicated patchwork of laws since federal laws don’t pre-empt the state and local laws. This means if your local law is more stringent, it could supersede the state or federal law.

The real bone of contention between the laws deals with the audio recording of parties who have not given consent. Most states allow for the use of video recording with or without consent or permission, provided the laws are respected. For video surveillance, the cameras cannot be placed in an area where a person has a reasonable expectation of privacy, like a bathroom or a nanny’s personal living quarters.

If you’re considering using a nanny cam, it’s best to seek the advice of a law professional or private investigator that is well versed in eavesdropping and wiretapping laws in your area.

Now let’s move onto the ethical consideration. For parents who are considering using a nanny cam, they’ll need to evaluate their ethical beliefs regarding privacy and videotaping their employee secretly.  Nanny and employer relationships are built on trust, and violating that trust can be problematic for some employers. How parents feel about privacy and trust may affect their decision to utilize surveillance.

In addition to the legal and ethical considerations, parents should consider their motive for using a nanny cam. Nanny cams should be used to deter abuse, not to capture it. If a parent feels that their child is being mistreated or neglected, or the parent simply doesn’t trust the nanny, the nanny should be terminated immediately. Parents should never leave their child in the care of anyone, nanny cam or not, with whom they do not trust completely.

Parents typically utilize nanny cams to calm fears or to investigate suspicions. For parents who wish to utilize a nanny cam to calm their fears, they should not let the nanny cam give them a false sense of security. The nanny cam should not be the sole determining factor for assessing the quality of care that their child is receiving, since some interactions will likely take place out of view of the camera.

For parents who want to evaluate the level of care that their child is receiving, stopping in unexpectedly, asking a neighbor to pop in periodically, coming home early without advance notice, checking in by phone throughout the day, and discussing any concerns with their nanny may provide information that can help them access their care giving arrangement.

Once parents have decided to use a nanny cam, they’ll need to decide if they should disclose that they will be using one. While they don’t need to disclose the location of cameras, the International Nanny Association (INA) does recommend that the employer disclose the use of nanny cams to their nanny, preferably before employment begins.

If parents plan to use a nanny cam and know this prior to hiring a nanny, they may wish to include a clause stating such in their nanny/family agreement. If employers wish to install one after their nanny has started, they should discuss the use of cameras with the nanny and give the nanny the option to leave the position, without the fear of negative consequences, according to INA.

Nannies typically do not mind being videotaped while working. Professional nannies respect a parent’s concern for their child’s welfare and may view a nanny cam as a benefit to themselves as well. What better way to show their employer’s that their child is being well cared for then to be recorded providing high quality care? Many nannies view a nanny cam as being a protective measure. Nannies who provide high-quality care and are under surveillance may also be protected from false accusations of abuse, since they are being videotaped during their working hours.

I believe it is best practice for parents to disclose the use of nanny cams and for nannies to always work as if they are being watched.