Keeping Up with Change as a Caregiver 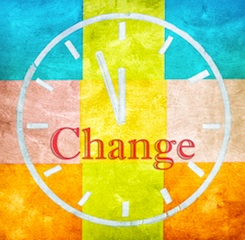 Whether you are a parent or a childcare provider, when you’re caring for children it is important to keep current with best practices in the field of early childhood care.

I’ve reached a point in my career where I’ve been in the nanny industry and working with children for more than half of my life. During my career alone, I can think of two major changes in the way we as a society care for our children.

The first is how we put babies to sleep. Up until 1994, parents and caregivers really didn’t think twice about putting babies to sleep on their tummies. In fact, parents and caregivers did so fairly confidently. When a baby is on her tummy those involuntary reflexes that can keep her awake are naturally minimized due to her position, and the result seemed to be fast and solid sleep. When the “Back to Sleep” campaign was initially launched in 1994, however, parents and caregivers were cautioned about the increased risk of SIDS associated with stomach sleeping and were instructed to only put their babies to sleep on their backs. Swaddling became popular as a way to keep babies reflexes at bay, and babies across the United States began being placed on their backs to sleep.

The second major change I’ve seen is how we transport our children. I came home from the hospital in 1976 riding on the flat surface underneath the rear windshield of a Ford LTD. It wasn’t until the 80s and early 90s that states began  putting safety belt and child restraint laws on the books. And even then, when the children I cared for turned one in 1999, it was a huge cause to celebrate because we could now turn their car seats from rear-facing to forward-facing. Today, the recommendations have been changed to indicate that children should ride rear-facing until age two or until they reach the maximum height or weight limits of the car seat.

Sadly, though, even with parent and caregiver education, 25% of babies are still stomach sleepers. And even though there is still widespread talk of the importance of using child car seats and using them properly, it’s estimated that more than 90% of car seats are installed incorrectly.

When you are caring for children, whether as a parent or a nanny, you are their first line of defense. It’s up to parents and caregivers to continually educate themselves on best practices and follow them, even if grandma keeps reminding you how her children survived having never slept on their backs or ridden in a car seat.

Parents and nannies can keep current on best practices by faithfully attending their children’s well visits, subscribing to parenting magazines, attending childcare related conferences like those put on by the National Association for the Education of Young Children and the International Nanny Association, following favorite pediatricians and the American Academy of Pediatrics on Facebook and Twitter, taking early childhood  related college courses and attending parenting workshops and seminars.

Whatever you can do to keep current with best practices in childcare, do it. The childcare knowledge you have directly impacts the quality of care you’re able to provide.