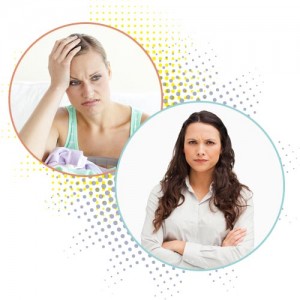 “My boss left all the dirty dishes from the weekend in the sink for me to wash.”

“My nanny refuses to empty the garbage when it’s full because doing so is not in her contact.”

On any given day, these snippets of conversation can be heard around the water cooler at work and around the swings at the playground.

When it comes to nannies and parents, it’s often the little things that are the source of biggest frustrations. Establishing a relationship where common courtesy is always extended will help to foster a lasting relationship built on mutual respect.

So what are some of the common courtesies nannies and employers should always extend?

As a rule of thumb, nannies should always leave their employer’s home at least as tidy as it was when they arrive. While nannies are typically responsible for doing the children’s laundry, preparing and cleaning up after the children’s meals and keeping the children’s areas clean and organized, sometimes parents tend to throw their laundry and dishes in with the kids or forget to empty the clean dishwasher from the weekend, knowing the nanny has no choice but to empty it before using it herself. Nannies can be found guilty of doing the same. They may avoid taking out the trash at the end of the day, even though it’s nearly full or clean around an employer’s mess in the kitchen, rather than picking it up because it wasn’t one they made. Regularly having to clean up after someone else or tend to tasks that should have been done by the last person on duty can be an ongoing source of frustration.

Show up a few minutes early.

In the nanny and family relationship, to be early is to be on time is a good motto to live by. Showing up five minutes early allows time for transition. Unless transition time is built into the schedule, showing up exactly when the other person is supposed to leave will inevitably make her run a few minutes late. When this happens each day it can be a major source of frustration.

While running a few minutes late may not seem like a big deal, when someone runs late more often than they do not, it’s frustrating. This is especially true when a delay isn’t communicated to the waiting party. When running behind schedule, send a text message or make a phone call to let the other person know the updated estimated time of arrival.

Stick to your agreement.

Nannies often do whatever needs to get done. Doing so tends to be in their nature. But when their well-meaning gestures turn into expectations, it can be problematic. For example, say a parent forgets to move their clothes out of the dryer. While the nanny could simply take them out, do the children’s clothes and then throw them back in, leaving them wrinkled and waiting for her boss, most nannies will fold the clothes neatly and place them on top of the dryer.   When folding the parent’s clothes becomes a new expectation of the nanny, it will cause frustration. If a nanny or parent does something outside of their typical scope of responsibilities, thank her and let her know that while it’s appreciated, it’s also understood that she didn’t have to tackle the task.

Being in a working relationship requires flexibility. Given children aren’t always predictable, parents and nannies typically commute to work, and people with their own responsibilities and commitments are in a relationship, that should go without saying. There are a lot of outside factors that influence how a nanny and parent’s day is going to unfold. Knowing flexibility is required can ease frustration when situations warrant a give and take.

Each person and their time, contributions to the relationship, and talents are valuable.  Show respect by not taking advantage of the relationship, by sticking to agreements, by following through on commitments, and by facilitating open and honest communication.  There is a lot less frustration in relationships that are based on mutual respect.

When it comes down to it, the bottom line is that nannies and parents should treat each other the way they want the children to treat others. When they do, there will be less frustration and the children will have a healthy relationship to emulate.